A visit to a jewellery store is one of the first things a newly engaged -- or soon-to-be-engaged -- couple does to mark and celebrate their future union. Whether it is an excited couple looking through trays of rings to choose together, a nervous boyfriend looking for the perfect forever engagement ring, or a bridal party discussing how to choose bridal jewellery for the wedding itself, these familiar scenes always feature diamonds. Diamonds have become such a traditional part of western wedding celebrations that diamond rings and engagement rings are practically synonymous!

The History of Diamonds

Diamonds have been valued for millennia. The first were found in the 4th century BCE in India and were traded along the Silk Road through Asia and Europe. Diamonds were worn and admired for their brilliance and shine, but they were also valued for their strength and ability to engrave metal. The word "diamond" comes from the Greek adamas, meaning "unconquerable". Diamonds were used as cutting and engraving tools, as talismans and protection, and even in medicine.

Until the 18th century it was thought that India was the only source of diamonds, making them exceptionally rare. A small deposit was discovered in Brazil in 1725, but not enough to satisfy world demand. Then, in 1866, a 21.25 carat diamond was discovered in South Africa. Further discoveries led to a rush of thousands of prospectors to South Africa, and eventually the first large scale diamond-mining operation, Kimberly Mines. The amount of diamonds unearthed in South Africa actually led to a decline in their value and prestige in the 19th century.

It is in fact thanks to the engagement ring that diamonds regained their popularity in the 20th century.

When did Engagement Rings Start? 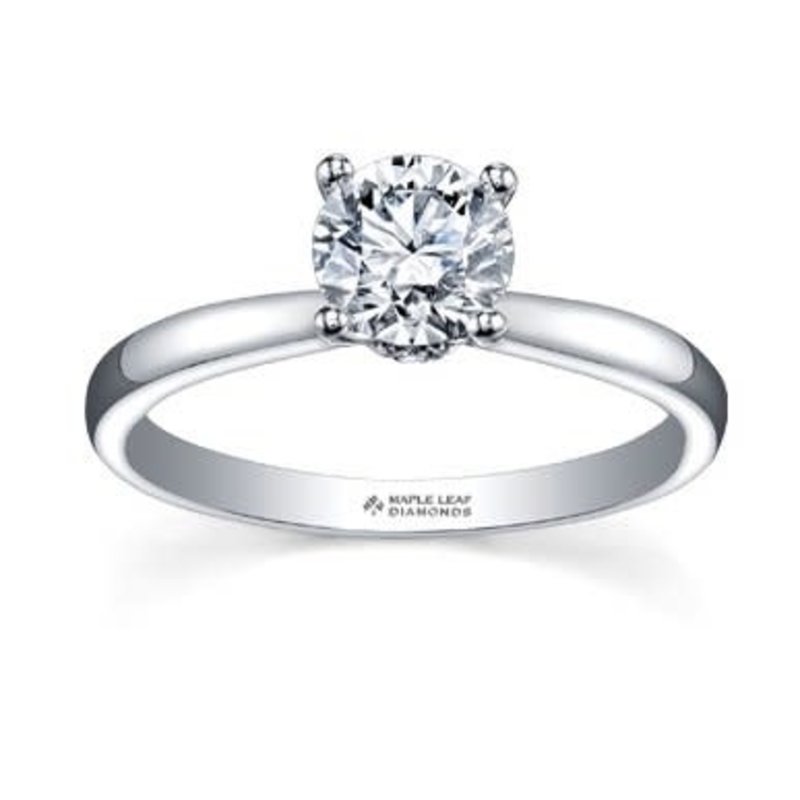 Rings have been used to symbolize commitment dating back to ancient history. Romans gave betrothal, or truth rings made of twisted copper or braided hair to symbolize affection or friendship. These rings were worn on the third finger of the left hand -- just like engagement rings today -- because it was believed that the vein in that finger ran directly to the heart.

In Europe, the practice of extended engagement before marriage began in 1215, when the Pope decreed a waiting period between engagement and the marriage ceremony. Rings were used to symbolize the couple's commitment during that waiting period, and also started to be used in the wedding ceremony itself.

Jewelled engagement and wedding rings also symbolized social status, because only the elite could wear ornate, jeweled rings. Diamonds were especially rare at that time, and the first recorded diamond engagement ring was given to Mary of Burgundy by Archduke Maximillian of Austria in 1477. 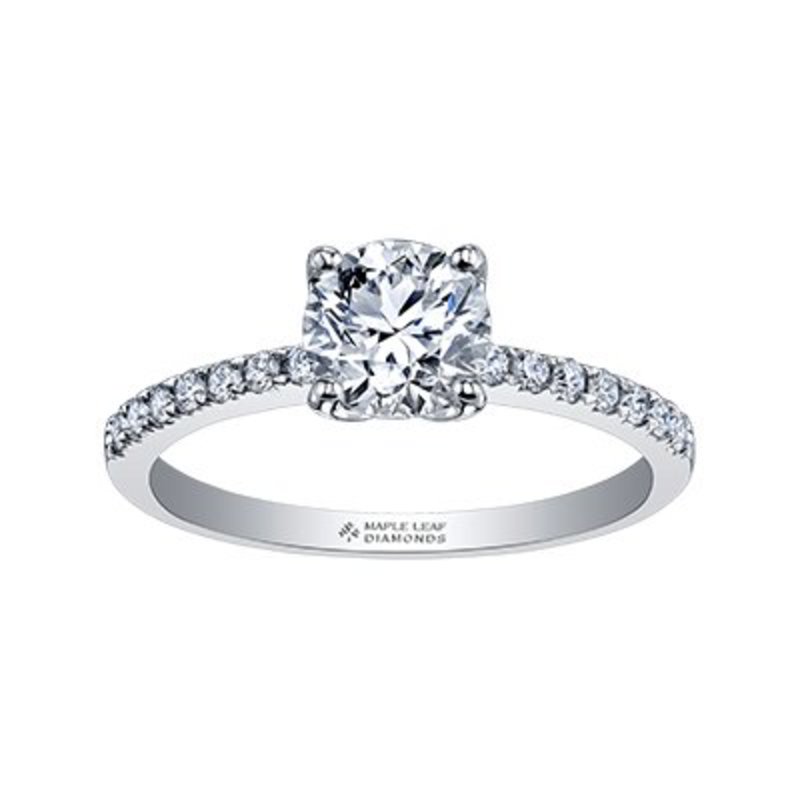 Diamond engagement rings became popular in the middle of the 20th century. In 1947 DeBeers commissioned a marketing campaign featuring the slogan "A diamond is forever". This campaign kickstarted a resurgence in the diamond's popularity, and secured its position as the engagement ring jewel. Jewellers began to experiment with new cuts, creating now familiar styles like the oval, marquis, princess and emerald cuts. To this day, diamonds are the number one choice for engagement rings and are considered a traditional symbol of commitment.

With their strength, brilliance and rarity, the "unconquerable" diamond is a fitting symbol of love and commitment. Their timeless beauty makes them both fitting heirlooms and adaptable stones suitable to any style. It is no wonder that they have endured as the engagement stone of choice.

Only 30% of natural, mined diamonds are gem-quality and suitable for jewellery. Canada is among the top three gem-quality diamond producing countries in the world. The Ekati mine in the Northwest Territories, which began operation in 1998, was the first major diamond mine in North America.

Canadian diamonds are highly prized for their quality and for the assurance that consumers are supporting ethically-sourced gems. Canadian diamond mines have some of the world's highest environmental standards. They are also conflict-free. Consumers can be sure they are purchasing a conflict-free, Canadian diamond thanks to a certification process that tracks each diamond from mine through manufacturing, to wholesale and retail consumer. Many diamonds that have been mined and cut in Canada can be identified by a laser-inscribed certificate number and trade logo.

A brilliant and timeless diamond engagement ring is a symbol of love and commitment. It only makes sense to choose a Canadian diamond, the world's most ethical diamond, to symbolize your commitment.